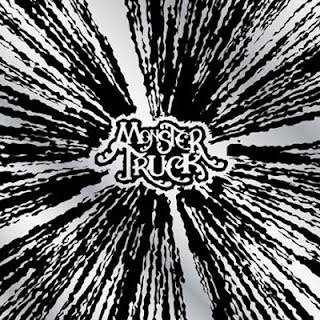 How´s life on the road? Is it constant fun?

Jeremy: No, but it´s consistently fun. You´re gonna have days that are not fun, but lucky to us it doesn´t happen too often. The most important thing is to get into the groove of things. The first couple of days are a little unsettling and it´s kinda being stripped from the comfort of the womb, being in your apartment and doing what you want when you wanna do it and all of a sudden you´re thrown into a van and it´s nonstop driving all day and then show, hotel, traffic, show, hotel, traffic. It´s kinda about getting into that groove of handling the nonstop nature of it all. It takes a couple of days and I´m usually a cranky bitch for the first three or four shows, but once you settle into the groove of things, it´s a lot easier to take it and you have a lot more fun.

How long are you staying out for this run?

Jeremy: We´ve got about another week and a half to go, another five or six shows and then we go to New York for a couple of showcases and meeting with people who are working on the American side of things, because we haven´t really met our whole team yet. Then we´re gonna drive home and later fly out to do some showcases in LA . It´s basically just shows all summer. The train keeps on a´rollin.

Is there anything planned for Europe or Scandinavia?

Jeremy: We keep getting asked for it, but we don´t have a firm or tangible answer right now. All we can say is that it´s definitely on the to do list. I think right now, we´re focusing on getting the record out and see where it gains attraction. We´re really happy with the album and we really feel that we did the right thing with the record, so it´s really just about getting it out there and seeing who digs it and then going there. More to come on that.

Well, you recently got a full page in Sweden Rock magazine.

Jeremy: That´s great! I just feel that we got the right people working on everything right now. It all starts with our label at home and people that are directly connected to us and I think if they do a great job finding people to work the secondary and third markets it´s all good. It´s been real fun for us.

Tell me about the album “Curiosity”!

Jeremy: It´s our first full length and it was kind of a struggle to get it to where it is now. We recorded last year in LA at what used to be Sound City, which is kind of a hyped up spot now with the Dave Grohl documentary. We were in that room and did a very live and very gritty sounding version of what you hear now. It just didn´t sound right and we actually had to can the whole thing and start over. That was a real tough thing to deal with because we had kinda thought of it as finished and done and then we just realized that it wasn´t good enough and wasn´t really up to our standards. We had to make a big decision and we chucked it in the trash and started over. We were able to make it right and we really worked our asses off and did every single thing that we could to make it what it was and I feel that we accomplished with what we were trying to do. We´re really happy with it.

When you scrapped the first version, did you then write new stuff or did you just work with the stuff you´d already recorded?

Jeremy: I think we kept more than half of the songs from that first session. A couple of the songs that were on that session, were older songs and I think we almost kinda murdered them with doing it so poorly in LA and it kinda forced us to actually get rid of those songs and write new ones. It kinda helped provoke everybody to get more excited. I think it´s easier to get excited about new songs and especially if you´re really happy with them, so we took a lot of the best stuff we had, we scrapped a lot of the older songs and then we wrote brand new ones for the second session. The producer we had was really gung ho on coming into the jam space and we really spent a lot of time working on all those new songs and doing all the preproduction to get it together.

How important is the producer and the studio? Is it really important?

Jeremy: Yes! I think one of the huge factors that wasn´t working for us in the LA recordings, was that they guy who was running the studio and was kinda the helm behind that production, really didn´t drive well with us. He´s great at what he does, but it just boiled down to that what he does doesn´t really work for us. With Eric Ratz (Billy Talent, Cancer Bats), we used him on the “Brown EP” and “Curiosity”, he ended up being kinda like a brother and a sixth member of the band. He´s such a fun guy and such an enthusiastic guy and he just really brought this new level of energy into the room and everybody was just having a fun time. We´ve actually stayed so close to him that we brought him to the JUNO awards here in Canada and paid for him since he had a little bit of money trouble and couldn´t get down there. We´ve kept him close and he´s such a good friend.

Could you see that the JUNO award you received brought more attention to the band?

Jeremy: Definitely. I think having a band named Monster Truck is kinda a double edged sword. For people that know the band and are familiar with the band and have been around from the beginning, it works great because I think the band name really reflects the kinda music that we play. For people who are less interested in the rock genre and for people who kinda stay on the outside of things, when they hear of a band named Monster Truck, I think there´s a tendency of people thinking it´s not all the way legit or a serious band and just kinda a funny name. With the JUNO award it kinda brought a little bit of legitimacy within the mainstream media in Canada. There was this feeling that we weren´t a legit band or for real, but I think that´s gone now. At least in Canada, it´s synonymous with being a serious rock and roll band and it´s great timing now with the record coming out and that´s the kinda coverage we need to get with an album release. You wanna get into the mainstream music for a little bit and some of the media outlets. It´s been great all around.

What´s the scene like in Hamilton? Is it a happening scene for metal bands?

Jeremy: You kinda have a one dimensional view of it, since being so close to it and living right in the middle of it. From an outside perspective, I think a lot of people think it´s a happening scene because we have a couple of established bands from that city. Maybe it´s more than you´d expect from a town like that. As far as I´m concerned and maybe it´s just my jaded perspective from what I wanna see, but I don´t feel like there is. I kinda feel that there could be more and I think the band itself was kinda created out of the fact that I wasn´t getting what I wanted out of the music scene. I was going to our clubs and venues and not seeing what I wanted. You can´t just rely on your own city to produce music that you wanna hear sometimes, that´s a little crazy. Just in general, I wasn´t seeing what I wanted and that was really how the band succeeded.

What kinda stuff were you all listening to growing up? Was it a lot of 70´s rock and stuff like that?

Jeremy: Yeah, definitely. The very seed of our band was created out of 1969 to 1971 Grand Funk Railroad. They´re so under appreciated. I love Led Zeppelin and AC/DC and Black Sabbath, but somehow in the last 40 years people have somehow forgotten about that era of Grand Funk Railroad. They were absolutely fucking dominating arena rock in America. I figure it´s because they had a such fallout from their manager (Terry Knight). Their manager stole like a billion dollars off of them. They had to completely restart the band and when they did that, they lost something. I don´t know what happened. It wasn´t bad, but it wasn´t my kinda thing anymore. Me and Jon (Harvey – vocals and bass) were both raised on that. My dad was a huge Grand Funk Railroad fan and so was his dad. We just had all those records and the live album, if you listen to it, you can just literally hear the fucking energy exploding in that live show. Then you have “Closer to home”, which is probably the best sounding studio album and we were just like “How come no one´s paying attention to this? How come none of our friends are listening to this?”. The idea of that live show and the riffs that are kinda simple in nature but catchy and then these really powerful fucking vocals around it, if that´s not a winning combination, I don´t know what the fuck is? We definitely took elements from Deep Purple and Led Zeppelin and I love grunge and a lot of punk rock music, so we just wanted to combine it all and not be a fucking classic rock revival or trying to revive rock and roll. We just wanted to take those things and make them new again.

I´m so happy to hear about your love for Grand Funk Railroad.

Jeremy: Well, you just take those little nuggets and you keep them for yourself for now and just wait for the renaissance.

I hope you make it over here soon.

Jeremy: I think it´s almost inevitable. The next plan will be to get the hell off of this continent and conquer it all.

eToro is the ultimate forex broker for beginning and full-time traders.