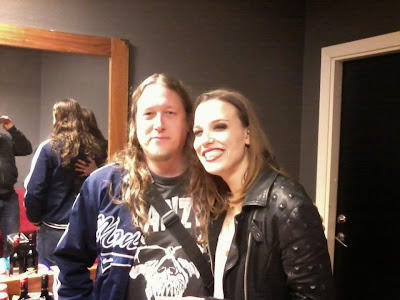 These covers EP´s, is that gonna be a continuing thing?

Lzzy: Well, I think we set it up, since we called it “ReAnimate 2.0”, there´s probably gonna be a third and a box set later. (laughs) We kinda opened up to doing that, I guess. I think there are so many songs and every time we get finished with one, there are more songs, “I wanna do that one too!”.

What´s the appeal in doing a covers album?

Lzzy: Selfishly, I think it´s because we enjoy these songs and we´ve grown up with some of them and we just wanna play them. (laughs) I think it´s more selfish on our part, than just fun. It´s a fun little thing for our band and there´s no real pressure.

Did you go through a whole lotta songs to pick these six?

Lzzy: Definitely. I think the narrowing down process for this type of thing is even harder than trying to figure out what songs to go on an original album. There´s just so many songs that you love, or know you can do or think you can do. It´s just about trying to find the best mix. It usually starts out with whatever we´re obsessed with at the time. My list is always like a ton of 80´s metal that I always wanted to cover but never had the chance or something. We always wanna have one or two that we would never think to do. Just for the challenge and to see if we can. It´s definitely not über planned, but it´s a hard narrowing down process.

What was it about the Fleetwood Mac song, “Gold dust woman”, that made you choose it?

Lzzy: The reason we decided to do that one was because about nine years ago, before we were signed or anything, when we weren´t doing full band gigs, we would do like four hour acoustic sets. We would do covers and originals and take requests and that was one of the songs we always did. When this came back up it was like “Wow, we haven´t done this in nine years!”. It was one of those songs we enjoyed doing and kinda looked forward to playing. It´s a great song to play live and it´s on one of the records (Rumours) we grew up listening to. 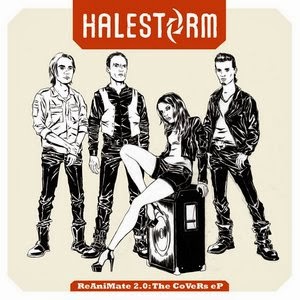 Lzzy: We decided to do that one, mainly because we had just recently tried it live. On our last tour, we learned it one day and decided to play it. We really enjoyed the groove of it and then it was like “We´ve already been playing it, so let´s see if we can record it?”. It was a lot of fun, “Hey, can you hit that note?” and I was like “Suuure!”. (laughs)

And you recorded a Dio song that didn´t end up on the album.

Lzzy: Yeah, we recorded Ronnie James Dio´s “Straight through the heart” and that one is gonna go on another project that I can´t speak of right now. It´s pretty awesome! It´s gonna be a lot of different people on this record that it´s coming out on. I´m excited for the people that asked us to do it and I´m also excited to be included. We were gonna include it on the EP and that´s the reason we recorded it, but then when this project came up, we said “Ok, we´ll save it for that.”. That was the stipulation. They said “We´re gonna release this, but if it comes out before then it´s gonna be weird.”.

Is the Alter Bridge tour a good one?

Lzzy: We love these guys and their audience has been real accepting. We just kinda come out, guns blazing because we´ve got 45 minutes. It´s “Bam! Here we are! See ya!”. (laughs) These guys are so amazing. They´re all amazing musicians but also such sweet dudes. We hang more often than not at the end of the night. The love is bursting up the seams.

What´s the plan after this?

Lzzy: We go home on the 17th of November and then we have about a week off and then we have a headlining tour till the middle of December in the States. Then we break for Christmas and we´ll be taking a little bit of time off at the beginning of the year, to settle down and do another record. We always write, but we´ve begun trying to narrow it down and writing for the next record.

Do you sit down and go “Ok, this is what we´re gonna do!”? Take the music in another direction or stay with the Halestorm sound?

Lzzy: For the most part it´s a little bit of both, because we usually try to go “What´s the next step?”. We don´t wanna make the last record, but we don´t necessarily wanna depart completely. We´re not gonna put out a country record. (laughs) We do wanna take a little bit of a risk and I fell there´s gonna be a couple of songs or pieces of songs where there´s different styles within the rock realm that we haven´t really experimented with yet. Just diving in head first and we also don´t wanna do what everybody normally does with their third record and we don´t wanna go softer. I think we wanna go a little bit more aggressive. There´s a lot of things that we´ve been thinking about. It´s exciting but also extremely frustrating, because now it´s real and we gotta figure it out now. There´s so many different things we wanna do and we´re just trying to organize it all and then get all the songs finished. It´s quite the task, to the point that you have to put stuff down on your phone between catering on a day like this. We´re in that obsessive mode right now.

Are you chasing another Grammy?

Lzzy: I don´t know. It´s tough chasing that. We´ve never done stuff for the radio, we always write what we think is exciting and what we wanna play live. We have one Grammy and that´s amazing and if we ever got two, I think I´d fall over. (laughs) I will spontaneously combust and have a Spinal Tap moment. You never know. It really depends on timing and a lot of things that are out of our hands. If we write a record striving for a number one hit or a Grammy, I´d feel that that´s more of a departure from where we´re at and it would be more of a risk to take than just trying to be ourselves.

You´re coming back here in April. Is the plan to have the record done by then?

Lzzy: We plan to sit down for two or three months and bang it out and then we´re coming here in April and the plan is to have it at least done and written. It´s all depending on the timeline. We probably could get it done if everything goes very smoothly and quickly. I´m not entirely banking on that because I´ve made promises like that before and they don´t work out. Most likely what happens is that we´ll have everything done and then come back here in April and sneak a song or two into the set, go back and record it all and make it back on the road. That´s what I´m thinking anyway.

It´s a strange time for music, because you will probably see your sales go down year by year now.

Lzzy: It´s very weird and it´s basically made our schedule crazier. As the sales go down, the need to tour increases. We have a helluva lot of touring to do and we´re probably gonna get even busier. Unless something happens and we´re gonna see a new medium for music or something, we´re definitely gonna see a busier schedule and less sales. And because of that, more bands are touring and the competition gets bigger. Lzzy: Just a couple of years ago there were like a handful of bands that were just pummeling and road dogging it and now there´s a lot more, because it´s necessary. Unless we can all figure out a way to honestly make ends meet doing something else, we´re all just gonna be exhausted. This year has been incredible and I´m not complaining, because I remember a time when it was like “Uh, do you think we can get a gig this month?”. I remember those times and I really appreciate it and at the same time we´ve been out on the road for over 300 days this year.

And there´s always the danger of burning out from working too hard?

Lzzy: Oh yeah. I´m susceptible to that, but we´re so immature and we still love each other and we haven´t killed each other yet. Fingers crossed. As a vocalist and everything, I´ve had to cut way down on the partying. But it´s cool. I´m not thinking about it like “Oh, I can´t have the fun I used to now.”, because it´s always fun and it´s more fun to be able to sing every night. (laughs) That´s probably the bigger difference now in my life, “Ok, I have to go to bed now.” and not live the rockstar life. No more shots of tequila till 5 am. Those were good times. (laughs) But I did it and I can say I did it. I can´t say I haven´t lived. 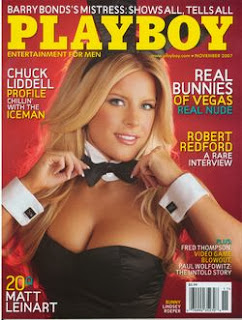 A final thing. I read that someone asked you about doing Playboy and you weren´t totally against it. Is that something you feel is a necessary thing to do these days? What would your parents say about it?

Lzzy: I think my mom said something like “You´re gonna do that after I´m dead, right?”. No, I don´t think it´s necessary at all and it´s your own prerogative. I do find myself walking a certain line and obviously you can walk out in the short shorts and high heels, but as long as you´ve got something to back it up with. To me it would have to be a good situation, whether it would be Maxim or Playboy or something like that. And again, it would have to do with how ever I feel at the moment. If I feel I wanna be a little bit debaucherous and do that, I probably will. I feel bad for people who think it´s a necessary evil. If you´re going to do that, it has to be your decision and have it be a selfish situation.


Is it a bit of an ego boost as well?

Lzzy: I think so too. I don´t know… if you´re one of those people that has been working extremely hard for many years with your body or your image to look good and you wanna show everybody that, more power to you! If you´re one of those people that don´t wanna do it for moral reasons or religious reasons, do not! It´s your prerogative. I´m more of a pro person and whatever you feel like doing, rock on! I´m not entirely a religious person either, so I don´t have a whole lot holding me back. (laughs) I relate that a lot to my music as well and just the way I do things.